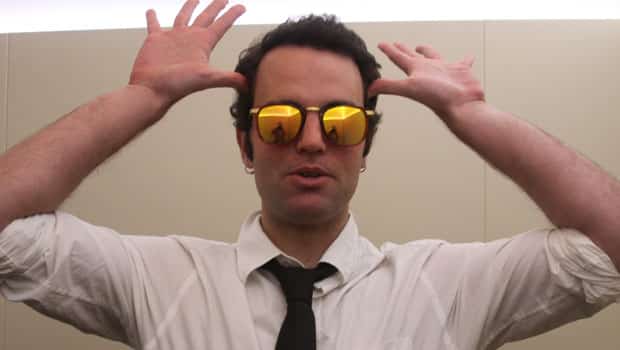 Ultraculture editor Jason Louv just appeared on comedian Ryan Singer’s “Me & Paranormal You” podcast—Singer stopped by the Ultraculture offices and for a chat about magick, how to change consciousness, the pros and cons of magical groups, the Catholic Church and all kinds of other madness and mayhem.

About the show, from Ryan’s site:

I am excited to be bringing you this “mindcast” where I share with you experiences and conversations I have with people who have paranormal abilities, supernatural life experiences, and other happenings of the other-worldly.  I am a firm believer that we have barely glimpsed the potential of the human mind, physical realm, and the unlimited possibilities of the magical and mystical.  It is more fun to believe.

Ryan Singer is the rarest of breeds: A comic’s comic who electrifies mainstream audiences with material that is both uncompromising and unpretentious. LaughSpin says, “With his high-energy delivery and unpretentious leanings, there’s not a lot to dislike about comedian Ryan Singer. And it’s not just us saying it: In the last few years, he’s won over audiences headlining the nation’s finer comedy clubs and was hailed by Marc Maron in Rolling Stone as a comedian “Who Should Be Big.”

Ryan just released his 3rd full-length album IMMORTAL FOR NOW after his debut album HOW TO GET HIGH WITHOUT DRUGS and sophomore release COMEDY WONDER TOWN were selected as Top 10 Comedy CD’s of the year (2010 & 2012). He is the creator and host of one the top Science & Medicine podcasts on iTunes, ME & PARANORMAL YOU, the twice-weekly mindcast (podcast) in which he has in-depth interviews with people who possess paranormal abilities or have had extraordinary experiences. He was selected by LA Weekly as one of “10 LA Comics to Watch” for 2014, was mentioned in NY Magazine as a “Comic to Watch,” was one of 4 finalists in the original CMT’s Next Big Comic Contest, is a frequent guest on the WTF Podcast w/Marc Maron and the Bob & Tom Show, and his joke “United Snacks of America” has over 7.5 million listens on Pandora.

For more podcast interviews with Jason, check out these:

Jason Louv on It’s All Happening With Zach Leary

And, of course, our own Ultraculture With Jason Louv podcast!