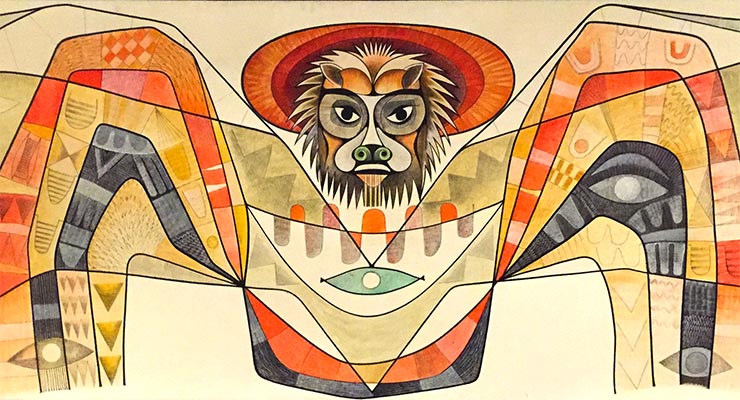 Check out this stunning artistic take on the four Beasts of the Apocalypse from the Book of Revelation, painted in a style similar to Native American art.

These stunning images of the four beasts from the Book of Revelation, done in a style reminiscent of the art of the people of the Chinook Indian Nation, are from the basement of a Catholic Church (found via).

They’re a incredibly unique and unexpected take on the imagery of the Book of Revelation… and pretty far from the standard Jack Chick style of Biblical art.

The four Beasts—lion, calf, man and eagle—appear in the Book of Revelation 4:7, where they surround the Throne of God.

From the King James Bible:

6 And before the throne there was a sea of glass like unto crystal: and in the midst of the throne, and round about the throne, were four beasts full of eyes before and behind.

8 And the four beasts had each of them six wings about him; and they were full of eyes within: and they rest not day and night, saying, Holy, holy, holy, Lord God Almighty, which was, and is, and is to come.

9 And when those beasts give glory and honour and thanks to him that sat on the throne, who liveth for ever and ever.

These four beasts are also depicted in the final card of the Tarot—The World in the Rider-Waite deck and The Universe in the Thoth deck.

You can study this symbolism, along with an incredible range of symbolism from around the world, in depth in our Master the Tarot course. 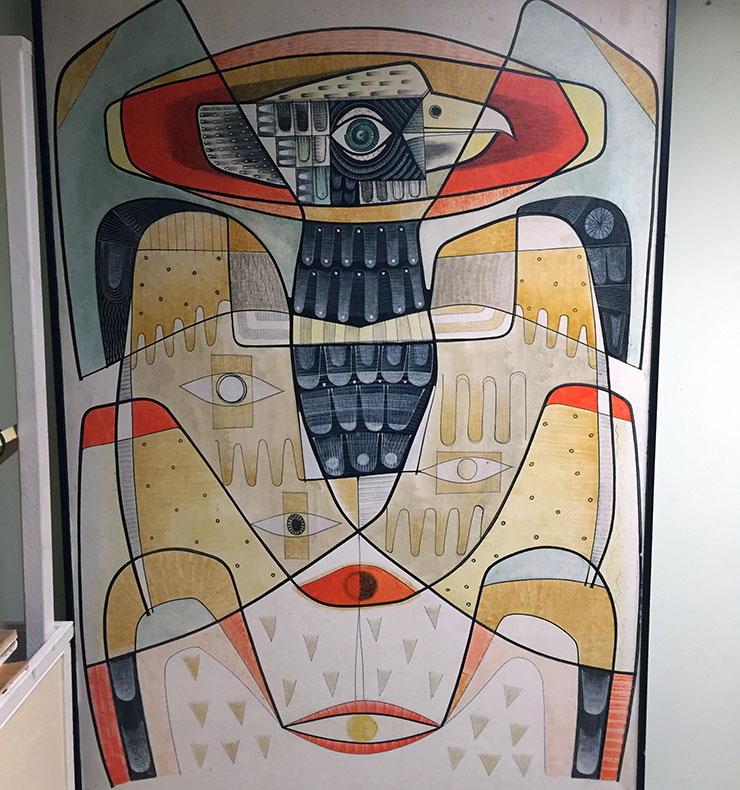 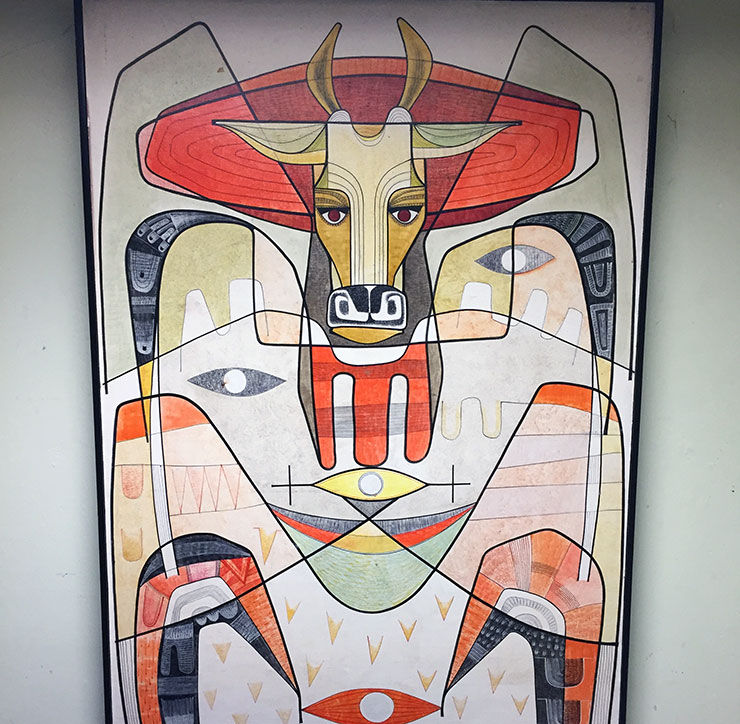