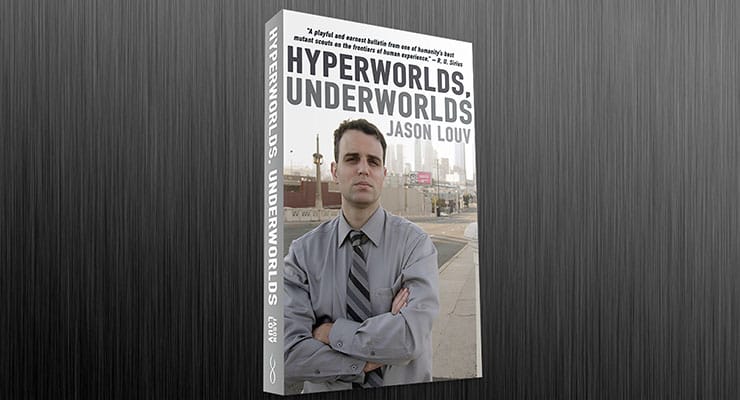 Hyperworlds, Underworlds: The new collection of Jason Louv’s writing about consciousness, transhumanism and the future of humanity

Hyperworlds, Underworlds is an uncompromising chronicle of the utopian dreams and apocalyptic nightmares of the 21st century.

In the articles gathered here, journalist Jason Louv hands you his ambitious map of the future. He chronicles the social mutations caused by globalization and technology, the rampant abuses of corporations and intelligence agencies, the robotification of war, and how technology and mass communications are used for control of the population. For answers to the questions posed by our brave new world, he looks to our culture’s outsiders and rebels, and combs the fringes of spirituality for ways to destabilize the Machine.

Hyperworlds, Underworlds is more than a record of a journalist’s best work. It’s a toolkit for understanding our tumultuous world, and finding a way to re-establish our very humanity in the face of a relentlessly dehumanizing future.

With a trickster magician’s sardonic humor, Louv reveals the future to come—and gives you the power to change it. 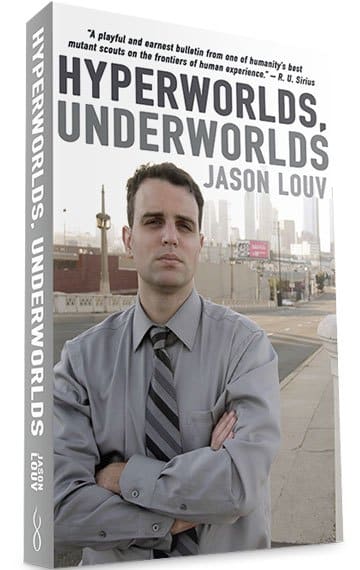 Here’s what occult luminaries are saying:

“Jason Louv shows us that the frat party we call Western civilization is run by vampires and powered by blood. He offers us hope, while reminding us that we stand on the backs of slaves.” — Duncan Trussell, The Duncan Trussell Family Hour

“A playful and earnest bulletin from one of humanity’s best mutant scouts on the frontiers of human experience.” — R. U. Sirius, editor of Transcendence, Counterculture Through the Ages, Mondo 2000 and many more.

Get Hyperworlds, Underworlds at Amazon

Get Hyperworlds, Underworlds at Barnes and Noble