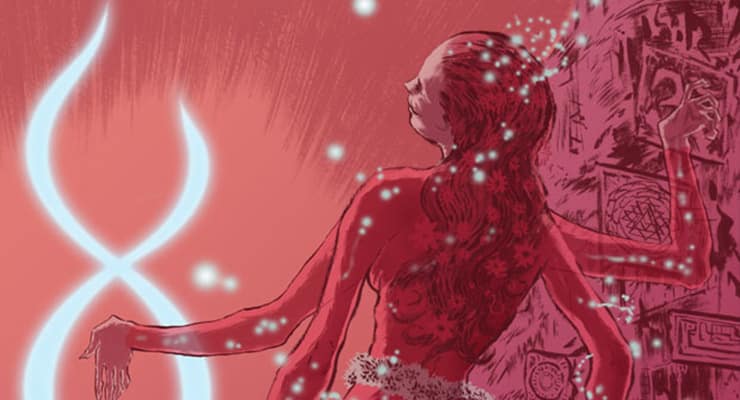 I’m happy to announce that Ultraculture Journal, which has long existed in a kind of “limbo” state, is now back out in a beautifully designed softcover edition, as well as in Kindle form. Both are available on Amazon; the softcover is also available at Barnes and Noble.

Originally published in 2007, Ultraculture Journal is a monster of a book. Clocking in at 404 pages, it’s a massive compendium and guide to Tantra—the ancient Hindu esoteric science of awakening consciousness. And we’re not talking New-Agey sexy-time here: We’re talking real Tantra, the province of a 10,000 year old tradition of dope-smoking, itinerant Sadhus who have wandered India since prehistory, relinquishing all worldly attachment and seeking only liberation from the world of illusion.

Among the contents of the massive book are multiple contributions from Genesis Breyer P-Orridge of Throbbing Gristle and Psychic TV; the late Jhonn Balance of Coil; William S. Burroughs’ mentor Brion Gysin; the beat legend Ira Cohen and many, many more luminaries of consciousness from both East and West.

This is the fully revised, definitive “director’s cut” of the book. It looks excellent, reads great and includes a new afterword from me putting the book in historical context as an important document in the cultural exchange between Eastern and Western religions.

Ultraculture Journal records the full range of the spiritual path: the transcendental highs, the soul-crushing darkness and lows, the brutal confusions between spiritual systems… 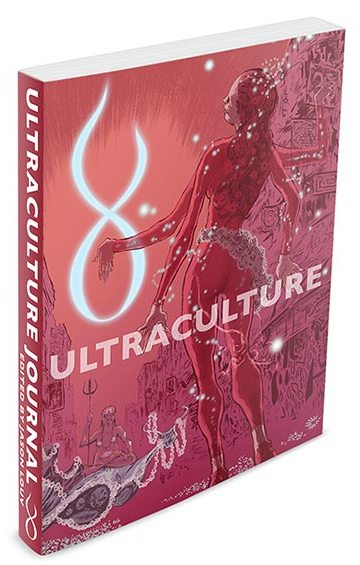 Here’s the back cover copy:

ON THE ACIDIC EDGE OF WESTERN AND EASTERN MAGICK

Ultraculture Journal collects under one cover some of the most volatile and direct tantric and magickal writing currently available in the English language—from the Thelemic and Chaos currents of the West to the Vedantic and Non-Dual mysticism of the East. It will change you at the cellular level; you have been forwarned. Just a few of the contents:

Genesis Breyer P-Orridge on the holographic Garden of Eden

Beat legend Ira Cohen on John Dee and the Kumbh Mela, the biggest religious festival in the world

The rantings of Ganesh Baba, the world’s most tripped-out tantric guru

Here’s a review from Spiros Antonopoulos of Souljerky:

“It’s a provocative and entertaining blend of art, mysticism, and Tantric thought… when it shines… the raw yet thoughtful spirit and energy, the ties to the hipster art and music world, and the often-excellent writing celebrates these holes like Goedel celebrates incompleteness. There’s a lot more treats as well: articles by cultural luminaries like Brion Gysin, Ira Cohen and Genesis P-Orridge; a travelogue through India & Tibet; fiction and nonfiction by Louv and his band of Western neo-tantric practitioners. It’s worth checking out by anyone interested in yoga and tantra in the today’s global east-west con-fusion.”

Get Ultraculture Journal at Amazon

Get Ultraculture Journal at Barnes and Noble