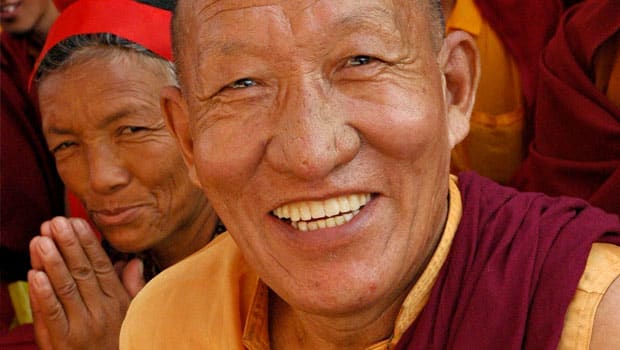 While cultivating empathy has long been the goal of religious practice, it looks like science may have given us a leg up in the quest for loving-kindness

Neuroscientists at the D’Or Institute for Research and Education recently published a groundbreaking study revealing new insights into the cultivation of empathy.

Participants in the experiment who were given real-time functional magnetic resonance imaging (fMRI) data of their own brain patterns were able to consciously activate brain regions associated with empathy—importantly, the cultivation of empathy is part of the prescription for happiness in numerous human traditions, religions, and systems of personal development. And excitingly, with the assistance of increasingly high-resolution neuroimaging tools, a complete neurological map of interpersonal understanding & affection is plausible in the next decade. The application of this technology to neurofeedback provides unprecedented precision in the willful cultivation of empathy; of loving-kindness.

The D’Or Institute study, published in PLOS ONE, compared the ability of participants to induce empathetic activity with and without real time neural data. The group with feedback was able to train specific brain regions that correlate highly to emotions associated with empathy. The group that was given the same instructions but no feedback did not show significant improvement in the activation of empathy circuits. From a clinical perspective, these methods could be applied to “re-wire” cognitive networks of individuals who have pathologies associated with a lack of empathy.

Empathy, the ability to understand and experience the emotions of others, is a vital evolutionary trait for the formation of cooperative society. In a sense, empathy is the brain’s ability to simulate and analyze the internal experience of another person. It is cited by many as the most important aspect of balanced interpersonal relationships. It is also associated with altruism, the ability to act for the benefit of others rather than the self. Scientists have often examined the vast variance in empathy and altruism, and their theoretical opposite, egoism, between individuals. Some have strong propensities towards one or the other. Most people vary between altruism and egoism across time and situations.

A 2014 study by the Italian research group Sissa published in Neuroimage examined the factors that lead a brain to the “choice” of altruism or egoism. The experiment, led by Giorgio Silani, immersed participants in a virtual reality program in which they had to choose whether to help a character and risk their own safety—or not. They gathered fMRI data during the task, which clearly showed differences in activity patterns when the participants chose altruistically or selfishly. The prefrontal cortex and temproparietal junction (TPJ) were most active during altruistic behavior. The prefrontal cortex is regarded as the executive center of the brain, responsible for conscious, rational analysis. The TPJ is thought to aggregate data from both the senses and the internal state of the body. It is also closely correlated to theory of mind, the ability to comprehend the mental states of self and others. Damage to the TPJ can also cause impairment in decision making associated with morality. When the selfish choice was made, the brain regions known as the “salience network”,the anterior cingulate cortex and anterior insula, were most active.

According to Silani, “The salience network, which serves to increase the “conspicuity” of stimuli for the cognitive system, could make the dangers of the situation more apparent to the subject, leading the individual to behave in a selfish manner. Conversely, the areas that are most active when a subject decides to behave altruistically are the ones that the scientific literature commonly associates with the ability to take another person’s point of view, which would therefore make the subject more empathic and willing to act for the benefit of others.”

Cognitively, researchers interpret this experience as the brain “choosing” how to regard a situation. The situation itself isn’t different from one simulation to another, and the individual doesn’t necessarily perceive his or her own brain’s choosing how to interpret the situation. The sensory data is analyzed, and the brain outputs its official position. Without a certain level of intuition, it is difficult to access or influence the brain processes that occur just beneath the output of consciousness. Building on the D’Or Institute’s neurofeedback discoveries, real-time data may provide enough tangible insight to consciously influence the brain’s process of interpreting a situation towards empathy and altruism.

These potential methods of understanding and cultivating empathy seem sterile and precise compared to traditional practices based in meditation, prayer, and organic self-improvement. Traditional systems, however, require certain cognitive experiences to put into effective practice that not everyone encounters. The cultivation of empathy and altruism is most probably good, whether it comes from meditation or sessions in front of a neurofeedback screen. With the explosion of digital existence, mass overstimulation, extreme levels of social activity, and hyper-efficient communication, it is more important than ever to learn to understand and empathize with each other. When the goal is empathy, an aspect of the desire to reduce the suffering of all sentient beings, there is no right or wrong path.