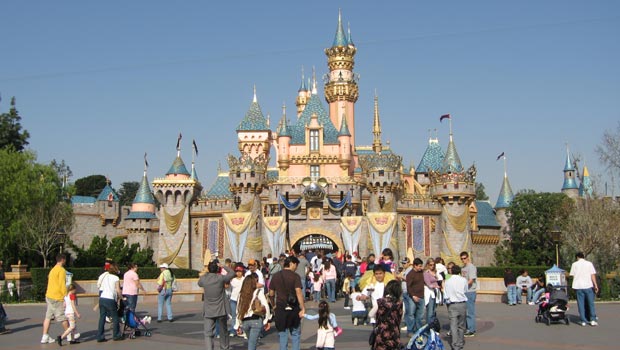 Remembering the sponsored-by-Monsanto Disneyland exhibit that touted Better Living Through Chemistry to a generation of American children, 1955-1966

Pliant, malleable, innocent, so trusting: This is the American mass mind, the clay that corporations and advertisers manipulate every day. This is the stuff from which the 20th century’s greatest empire was built; it is America’s greatest natural resource. In the name of harnessing that resource, every successive generation of Americans since World War II has been immersed in a liquid lattice of increasingly sophisticated electronic propaganda, aimed at embedding the will of corporations into every available mind.

There is perhaps no better example of the American way of propaganda than Disneyland—which might, from one angle, be seen as a massive factory for imprinting children with corporate values. A mechanized, corporatized colonization of the imaginal space of childhood—a space colonized and then bent to the will of the occupying force. That force being, of course, whoever happens to be footing the bill.

Between 1955 and 1966, the Monsanto corporation sponsored Disneyland’s “Hall of Chemistry,” a Tomorrowland exhibit that touted the benefits of Better Living Through Chemistry—specifically, the kind of chemistry that Monsanto (at that point still a chemical company, having yet to make the transition into agribusiness) specialized in. 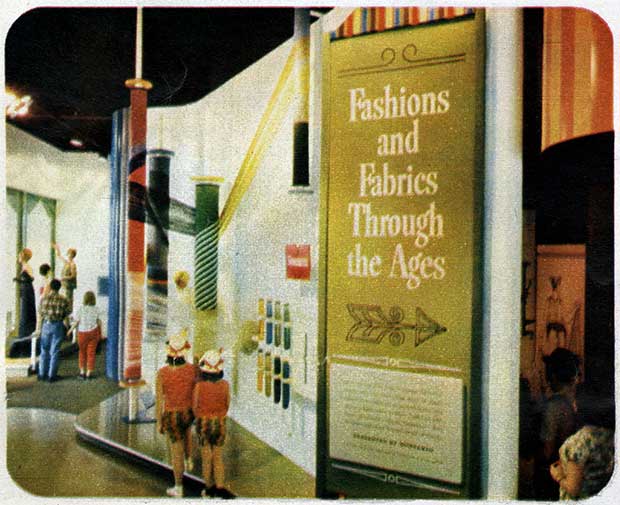 The exhibit featured highlights like the “Chematron,” displaying eight huge tubes of common materials found in nature—which the exhibit explained could be used to develop over 500 Monsanto chemicals. These chemicals, the exhibit cried aloud, would “promise to build a new and easier way of life for you, your children, and generations to come.”

MONSANTO … in Tomorrowland … shows you the romance of chemistry, how chemically-made products benefit your life, how they can make a new and startling world tomorrow. Your food, clothing, housing, health, and transportation all depend on chemistry … and the future holds some exciting, wonderful things in store for you. [via]

The “Hall of Chemistry” would be only the first Monsanto-sponsored exhibit at Disneyland. Others would include the Monsanto “House of the Future,” which opened in 1957, and “Fashions and Fabrics Through the Ages,” in 1965; finally, in August 1967, came “Adventure Thru Inner Space,” in which Disneyland attendees were shrunk to microscopic size for a magical mystery tour through the world of molecules and atoms.

“The problem with science is that it can be perverted.” – The Prisoner

But 1967 was not as innocent as 1955. As American children were being awed by Monsanto’s new microscopic fantasia, their drafted older brothers were hard at work spraying the Monsanto-produced defoliant Agent Orange over the jungles of Laos, Cambodia and Vietnam, destroying 17.8% of the Vietnamese environment, affecting between 3-4.8 million Vietnamese, causing a reported 400,000 deaths and leading to an estimated 150-500,000 Vietnamese children being born with birth defects that would have made Lovecraft flinch. [via]

While impressionable, trusting American children were being lead through Disneyland’s mass-hypnosis chambers, inculcated with trust in Monsanto’s Great Chemical Promise, Vietnamese mothers were being sprayed like livestock with chemicals that would lead to them giving birth to children that looked like this—chemicals manufactured by the exact same company. To this day, Monsanto maintains that there is no causal scientific link between those tragedies and Agent Orange.

When America and the multinational corporations it raised are a memory, the effects of the empire’s chemical, nuclear and biological weapons will linger. The genetically-modified crops; the atomic testing; the depleted uranium bullets. Their effects will stay. And of the propaganda and the delusions—weapons in their own way, though with no such half-life—there will be no trace.

For more info on Monsanto, check the Ultraculture book Monsanto vs. the World: The Monsanto Protection Act, GMOs and Our Genetically Modified Future.

Below: A walk-through of Monsanto’s “Adventure Thru Inner Space,” circa 1967.

(Top image via; inner image via.)