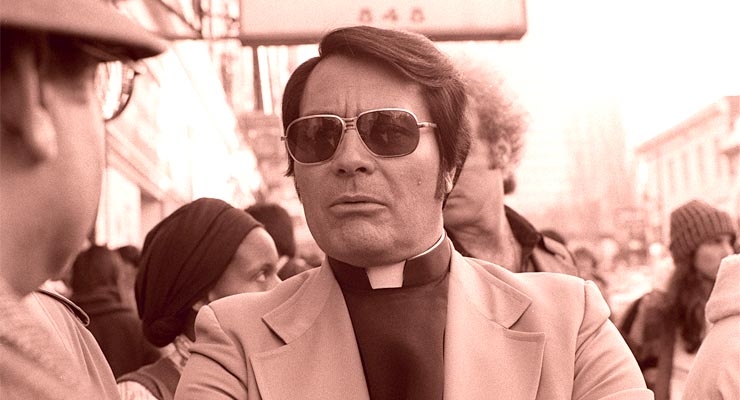 Interested in learning how to start a cult – or, really, just how to spot them and run far away from them? Here’s a great guide to how cults operate.

Our world may face shortages of oil, water and food, but one thing it will never have a shortage of is vulnerable and lost people. That’s something that cults know very well, and they’re very adept and luring people in (even seemingly intelligent and educated people), rallying them around a core cause, and then systematically taking over every aspect of their lives. Want to know how to start a cult? All you have to do is use the eight simple steps below. Want to know how to identify a cult, or get out of one? Learn the same steps, memorize them well, and then use them to realize when you’re in a cult situation. (You might then want to apply these steps for leaving a cult.)

Dr. Robert Jay Lifton’s eight classic criteria for how cults operate are listed below—you could use them to learn how to start a cult, but really you should just use them to inoculate yourself to cult tactics. Everyone from religious cults to corporate human resources departments to political extremists use them. These entries are excerpted from Lifton’s Eight Criteria for Thought Reform.

How to Start a Cult, Tactic 1: Milieu Control

This involves the control of information and communication both within the environment and, ultimately, within the individual, resulting in a significant degree of isolation from society at large.

How to Start a Cult, Tactic 2: Mystical Manipulation

There is manipulation of experiences that appear spontaneous but in fact were planned and orchestrated by the group or its leaders in order to demonstrate divine authority or spiritual advancement or some special gift or talent that will then allow the leader to reinterpret events, scripture, and experiences as he or she wishes.

How to Start a Cult, Tactic 3: Demand for Purity

The world is viewed as black and white and the members are constantly exhorted to conform to the ideology of the group and strive for perfection. The induction of guilt and/or shame is a powerful control device used here.

How to Start a Cult, Tactic 4: Confession

Sins, as defined by the group, are to be confessed either to a personal monitor or publicly to the group. There is no confidentiality; members’ “sins,” “attitudes,” and “faults” are discussed and exploited by the leaders.

How to Start a Cult, Tactic 5: Sacred Science

The group’s doctrine or ideology is considered to be the ultimate Truth, beyond all questioning or dispute. Truth is not to be found outside the group. The leader, as the spokesperson for God or for all humanity, is likewise above criticism.

How to Start a Cult, Tactic 6: Loading the Language

The group interprets or uses words and phrases in new ways so that often the outside world does not understand. This jargon consists of thought-terminating clichés, which serve to alter members’ thought processes to conform to the group’s way of thinking.

How to Start a Cult, Tactic 7: Doctrine Over Person

Member’s personal experiences are subordinated to the sacred science and any contrary experiences must be denied or reinterpreted to fit the ideology of the group.

How to Start a Cult, Tactic 8: Dispensing of Existence

The group has the prerogative to decide who has the right to exist and who does not. This is usually not literal but means that those in the outside world are not saved, unenlightened, unconscious and they must be converted to the group’s ideology. If they do not join the group or are critical of the group, then they must be rejected by the members. Thus, the outside world loses all credibility. In conjunction, should any member leave the group, he or she must be rejected also.

For a dramatic depiction of these techniques in action, watch the video below. It’s a hilarious, and disturbing, breakdown of the techniques that cults use to induct and indoctrinate new members, and then hone them into manipulated subjects of the group.

Cults have long inhabited the world of spirituality, preying upon the momentarily fooled and teaching them hard spiritual lessons. That’s one of the primary reasons that Ultraculture and Magick.Me have invested so much time and effort into mainstreaming esoteric spiritual techniques and making them widely available over the Internet—so that people have access to esoteric techniques freely, without having to deal with dodgy groups claiming special knowledge.