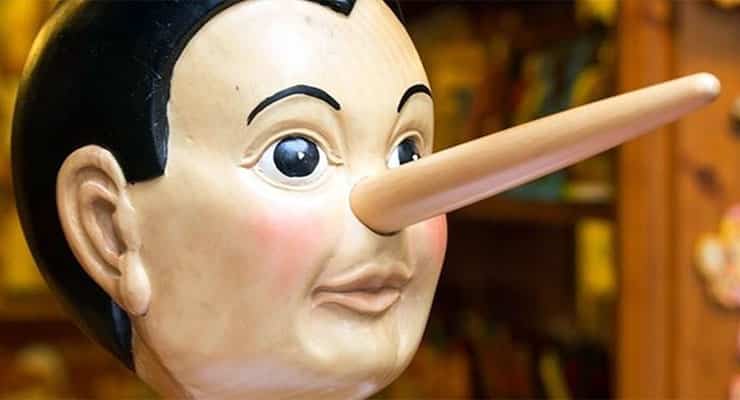 We’d all like to think we can spot when somebody is lying to us. In fact, we may look for behaviors that suggest a person is being less than truthful, like shifty eyes or nervousness. But according to research conducted at UC Berkeley’s Haas School of Business and just published in a journal of the Association for Psychological Science, the conscious mind may not be all that good at detecting lies—in fact, data suggested that people tend to detect lies at about a 54% accuracy rate only. However, the researchers then tested subjects’ automatic, unconscious responses to liars—finding that non-conscious, instinctual responses, including automatic reactions to language patterns, predicted lies with much greater accuracy.

This should come as no huge surprise—it has long been known that the unconscious mind is radically more powerful than the conscious mind, which is all-too-limited in cognitive ability.

To maximize survival and reproductive success, primates evolved the tendency to tell lies and the ability to accurately detect them. Despite the obvious advantage of detecting lies accurately, conscious judgments of veracity are only slightly more accurate than chance.

These findings provide a new lens through which to reconsider old questions and approach new investigations of human lie detection.