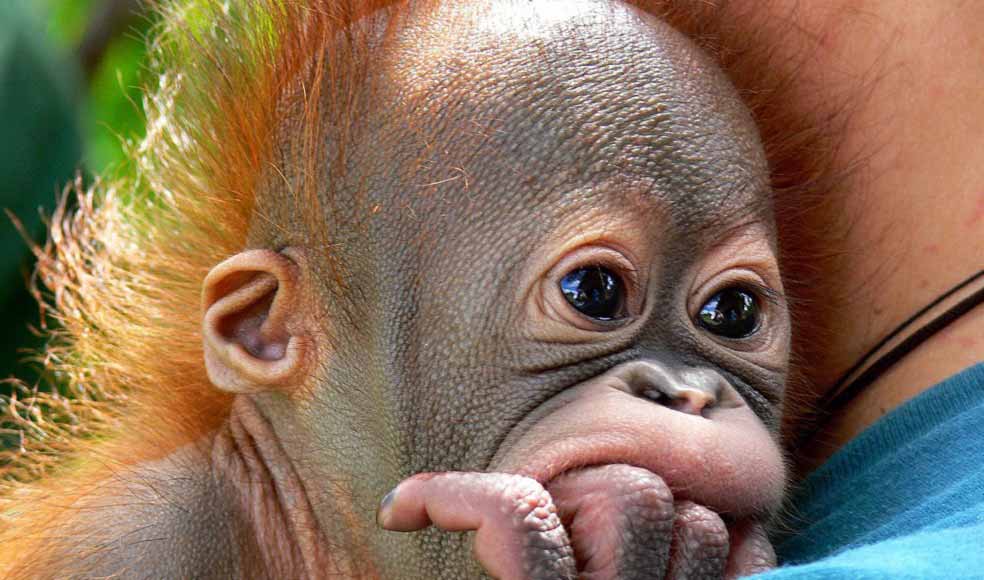 Palm Oil is Killing the Rainforest, Orangutans and Sumatran Tigers—And We Can Do Without It

Palm oil is an inexpensive, highly saturated vegetable fat found in everything from packaged cookies and crackers to cosmetics, soaps, detergents and bio fuel. The problem is that its industrial use is killing the planet.

Today I drove thirty minutes out of the way of my usual route to get palm oil free eyeliner. Yesterday I left Whole Foods without buying any gluten free cookies because they all contained palm oil. So did the “Rice Dream” and “Almond Breeze,” as well as the organic peanut butter and every single bar of soap on the shelf. No matter how far and wide you travel, you’ll find palm oil in roughly half of the products, even when you think you’re buying the “fair trade, organic, gluten free, vegan, earth conscious” choice. It’s one of the most important things you should scan the label for, and sadly, most people have no idea it’s even an issue.

Palm oil plantations are replacing the paradise of the Indonesian rainforest at an alarming rate. Critically endangered creatures such as the orangutan and Sumatran tiger are being pushed to the brink of extinction due to massive habitat loss. Along with the paper, pulp and wood industries, palm oil fruit monoculture has cleared 80% of the rainforest on the Indonesian island of Borneo. Just two acres of Borneo rainforest contain more plant species than found in all of North America. This canopy of life not only sings with unimaginable diversity but also functions as the lungs of the Earth, releasing vast amounts of oxygen into our atmosphere. In turn, these primary forests store incredible amounts of carbon in their biomass that, when released due to logging or burning, are emitted as carbon dioxide—a major cause of global warming.

Palm oil was used in World War II as an ingredient in napalm, and soon gained momentum as a leading tropical crop, with Indonesia being the leader in production as of 2006. The land takeover tactics used by the palm oil companies range from illegal to murderous. Indigenous farmers are pushed aside as the trucks, bulldozers and underpaid and abused workers stream in. All living beings in their path are seen as pests, and workers are urged to catch, beat, kill and torture the gentle orang-utan (“person of the forest” in Malay). Many of the orangutan infants are orphaned and sold into the illegal wild animal pet trade. So many in fact, that there is now an Orangutan Care and Quarantine Center in Kalimantan, Borneo. Set up by renowned primatologist Dr. Birute Galdikas, the center rehabilitates the orangutan infants for eventual re-introduction to the forest, teaching them the survival skills their mothers never had a chance to. Galdikas’ Orangutan Foundation International has been working with officials and plantation workers to build a bridge of education so that the deforestation and murder will stop.

Without traveling to Borneo, what we all can do to stop this march towards an irreversible nightmare is simply to stop buying anything containing palm oil. Sustainable palm oil does exist, but it’s often difficult to trace the origin with certainty. Companies may label palm oil under a variety of names: palm oil, palm kernel oil, asorbyl palmitate, cetyl palmitate, octyl palmitate, sodium laureth sulfate*, sodium lauryl sulphate*, sodium dodecyl sulphate, elaeis guineensis, glyceryl stearate, stearic acid, hydrated palm glycerides, as well as hiding it in any nefarious junk food label simply reading “vegetable oil.” (*Can be derived from canola, olive, coconut or palm.)

The Indonesian rainforest has survived in perfect balance for at least 70 million years. With vocal demand for palm oil free products and rainforest-free paper and wood, we can stop the monster that we have all unwittingly fed. Small farmers can keep their land; orangutans, clouded leopards and Sumatran tigers can remain wild and safe; and our planet can heal from the shameful deforestation and disregard set upon it by the most savage of primates.