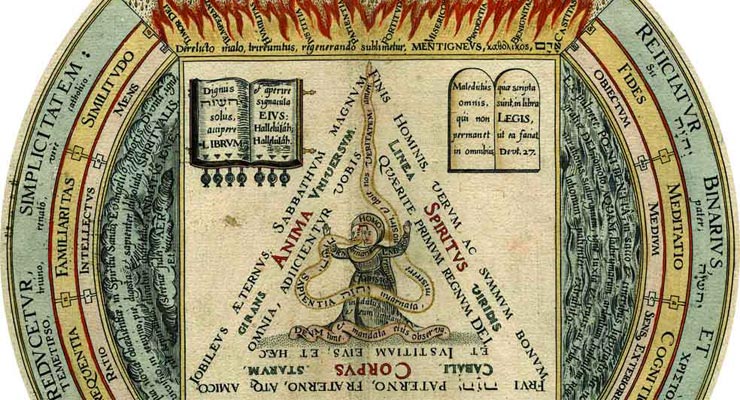 Occultism has long been hidden behind layers of obfuscation, smoke and mirrors. But it’s time for the occult to come out of hiding. Permanently.

Browsing the Z call numbers, I found a great book on the history of printing (The Printing Press as an Agent of Change, Eisenstein). I ran through the index and found a bit on alchemy. It turns out to be Francis Bacon complaining about occultism and alchemy—not on the grounds of content, or about alchemical methodology—but on the grounds that the methods of transferring knowledge to the public about the processes of alchemy are opaque, closed, and not subject to falsification or even verification.

What Bacon’s complaint snaps into focus is that, 400 years later, there is still no Open / Libre system for sharing “occult” work in the way that the sciences do. Almost all of the esoteric and occult books you’re likely to read have been “closed” communications in the sense that they are obscure, self-referential, subjective, coded, guarded, etc.

Occultists still write like they’ll be persecuted… and that makes their writing sound very ominous and spooky, and ironically maybe even persecutable under certain circumstances. Maybe it makes some occultists feel grandiose to avoid plain talk. But a) it’s just bad writing, and b): the occult world needs an “open” and plain spoken outlet for discussing various fields of “what is hidden.”

Something written in language more akin to journalism than anything else would do a hell of a lot of good for bridging the (very bridgeable) divide between psychotherapy and alchemy. What’s needed is a plain-spoken discussion for mid-brow well-read freaky folks. Not sensational freewheeling talk with gigantic metaphysical claims—just observations, lists, reflections, straightforward explanations of correspondences between states of mind and the symbolic language of “what’s hidden.” A charting of synchronicities and mystical experiences for critique and discussion in the sober light of day, please.

Francis Bacon’s ghost might not be pleased with such a project, but at least he’d be less displeased. Occultists, get Free and Open Source!