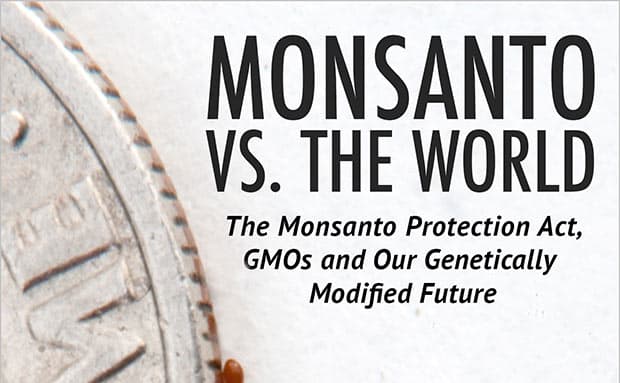 Monsanto vs. the World: The Monsanto Protection Act, GMOs and Our Genetically Modified Future. The inside dossier on the “world’s most evil corporation.”

Monsanto—one of the largest agriculture and biotech companies in the world—creates genetically engineered seeds and food, or GMOs. They’ve also brought the world toxic chemicals like DDT, PCBs and even Agent Orange.

But who is Monsanto really—and why do many see them as one of the most evil companies in the world? Are GMOs and genetically engineered food the solution to world hunger, or a shockingly dangerous threat to our health? And does Monsanto really, as some suggest, secretly control much of the United States’ agriculture and food departments? What are they hiding from the public?

This meticulously researched, short book strips away the myths and reveals the shocking reality—and provides you with the information you need to keep you and your family healthy.

All of these questions rocketed to the forefront of the American dialogue when Barack Obama signed into law the Farmer Assurance Provision, or “Monsanto Protection Act”—which critics claimed would give Monsanto immunity from the federal government. “Monsanto vs. the World” puts to rest the myths and shows the shocking reality, delving into the science of GMOs, the political machinations of Monsanto in Washington and around the world, and showing what you can do to keep GMOs off your plate. 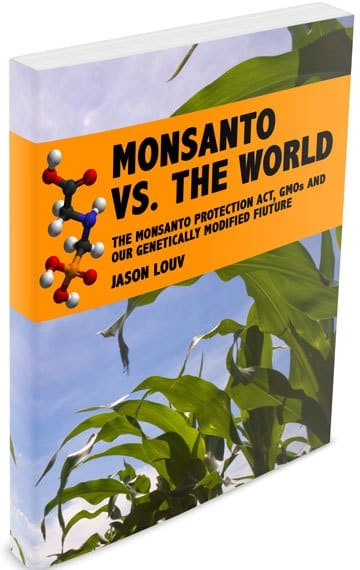 In Monsanto vs. the World, which cites nearly one hundred scholarly journals, books, studies, articles and even Monsanto’s own documents, you’ll discover the details of:

• Monsanto’s long history of creating—and covering up the effects of—toxic chemicals and weapons
• Monsanto’s powerful lobby that has tendrils in the FDA, the USDA, the EPA—and even the White House
• What GMOs and genetically engineered organisms are—and how they may be hazardous to your health
• How Monsanto is using GMOs to suppress small farmers and invade the world
• How to keep GMOs off your plate and make sure you’re eating fresh and healthy food

For less than the price of a lunch, get the crucially important information that will change how you see your food forever—and that will keep you and your family eating healthy instead of GMO.

Get Monsanto vs. the World at Amazon

Get Monsanto vs. the World at Barnes and Noble