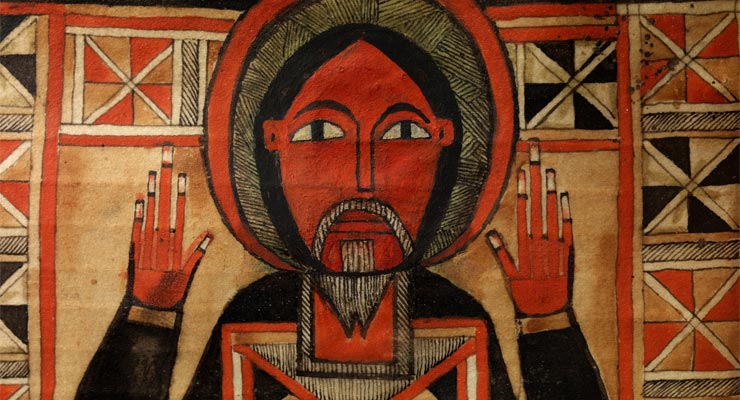 Sometimes intense spiritual practices show up in the least expected places. One is Hesychasm, the intense heart prayer of Christian Orthodoxy.

I go through bouts of faith. After months of churlish disdain for religion, I inevitably find myself facing my core beliefs again (I’m not a materialist), and trying to square them with the tradition that I happen to be born into—Christianity, albeit not Christian Orthodoxy.

Back in my teen years, I left the Church because of its insistent claim of monopoly on epistemology, metaphysics, and ethics. I drifted, and I realized that all religions are formalized magick; I drifted, but my core beliefs didn’t go anywhere. I chased the ecstasy in woodland raves, Dutch alleyways, and I finally found my way to a zafu. After some years of sitting, I realized that my tradition probably had a practice too—a way to experience the numinous directly. Funny how they leave that stuff out of Sunday School.

Ten years and many synchronicities later, I was back in church. But instead of sitting on a pew listening to a preacher meowl on about porn and Democrats, I was standing before an ikonostasis (a prayer image in Christian Orthodoxy). I was practicing in a place of constant prayer—the ikons, the chants, the metania—it was all prayer. And prayer was simply Being in the presence of the Creator, acknowledging the divinity in the small gathering of fellow travelers on The Way. Suddenly, among the swirling incense smoke in the candlelight, I felt a tornado in the room. It was quiet, and it was still, but it was pulling us all toward itself. The ikon of The Lord was framed on our left by his mother, and on our right by his forerunner; in those three, time was condensed to a single Eternal moment, the Creator joined the Created, and all creatures were saved by his presence. We were being pulled toward the transcendental object at the end of time.

Lately, I’m out of practice. It’s a rush for lunch, a white-knuckled drive back and forth to work on a busy, urban, Middle Eastern highway, and home after dark.  But I can feel it at the edges, trying to slip back in again—the simple plea of Hesychasm, the simple chant of the monk: Lord, have mercy on me.

And in that absurd phrase, the transcendental object at the end of time (if it exists at all) regards me from where it already resides: here and now, in time and in eternity, and in the grimy struggles of my own animal trials.

Kyrie Eleison. Lord, have mercy on us all.